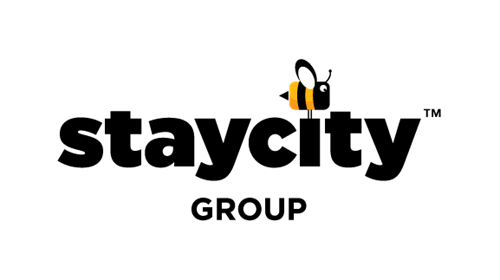 Staycity Group was founded in 2004 by Tom Walsh and his brother Ger, starting with a single apartment in Dublin’s Temple Bar, a former recording studio used by the likes of U2.

Since then its on-going expansion programme has seen the company become one of Europe’s largest aparthotel operators, with a current estate (pipeline and operating) totalling over 4,500 apartments.
Staycity is on target to achieve its stated aim of 15,000 apartments by 2022. Staycity’s aparthotels, operating under the Staycity Aparthotels and Wilde Aparthotels by Staycity brands, are popular with the leisure market – in particular families and small groups of travellers on city breaks – as well as business travellers. They are made up of studios, one-bedroom and two-bedroom apartments with fully equipped kitchens or kitchenettes, a dining area, sitting area with flat screen TV and bathroom.
Additional features include 24-hour reception, complimentary Wi-Fi access, guest laundry facilities and weekly housekeeping. Most sites have private car parking facilities and many offer a dry gym with the company’s most recent openings having a guest lounge for working, socialising or relaxing, with a café selling coffee and tea together with light snacks for breakfast or lunch.
Earlier this year Staycity opened its first Wilde Aparthotels by Staycity on London’s Strand. This design-led premium brand will be rolled out in prestigious European locations including Edinburgh, Manchester and Berlin.
Staycity currently has properties in Dublin, Edinburgh, Manchester, Liverpool, Birmingham, London, York, Paris, Marseille and Lyon. This year will see the opening of further premises in Liverpool, in the city’s iconic Corn Exchange building. Further sites will come on stream over the next few years in Dublin as well as Berlin, Venice, Disneyland Paris and Manchester.
The company remains privately held, and is based in Dublin.
Back to Sponsors